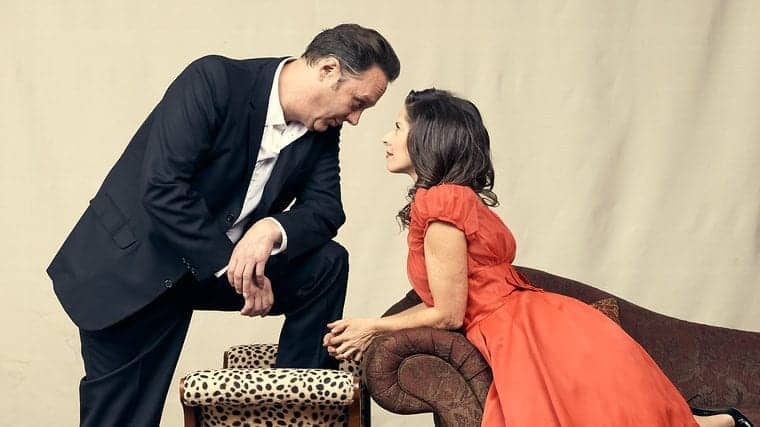 OCA proudly presents “Johnny & June Forever: The Greatest Love Story Ever Sung”. Join us for an amazing leap-day performance featuring the famous duo’s classic songs plus a special opening set with the stars Danny and Essence.

“Johnny and June Forever” has been thrilling crowds with recent sold-out performances at the Sweetwater, Mystic Theater and Rancho Nicasio. They will grace our stage just following their East Coast tour as we celebrate Johnny Cash’s birthday that same week!
About the performers:

Like their predecessors Johnny Cash and June Carter, who were well known performers before meeting, Danny Evans (aka Danny Uzilevsky) and Essence (Essence Goldman)were already seasoned artists in their own rights before meeting. Born in the same hospital just two days apart, they had been playing music in the same circles for years, knew all the same people, but never actually met. Danny and Essence finally crossed paths in the fall of 2018 at Dannys Allegiant Studio while Essence was recording her soon-to-be released new record. They had an immediate recognition of how well their voices and musical directions compliment each other. Reminiscent of Johnny Cash and June Carter Cash and other great male /female duos, this pair is a powerful emerging voice on the Americana landscape. In addition to their original music they have decided to pay homage to their heroes and dig deep into their passion for roots music with a Johnny Cash and June Carter Cash Revue.