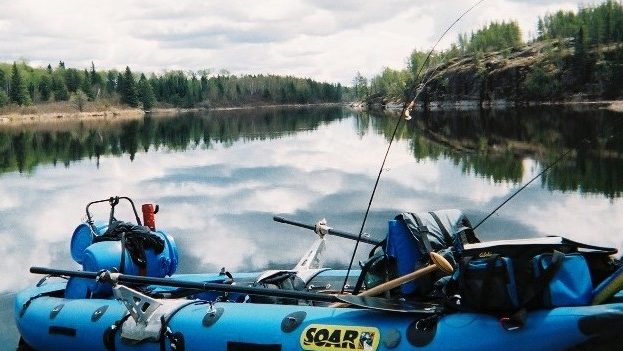 SOAR, which stands for “Somewhere On A River”, was conceived to get more people involved in river adventure. As SOAR founder Larry Laba likes to say: “It’s not about the boat, it’s about where the boat takes you.” Originally designed for wilderness river exploration, SOARs are now widely used by divers, giving way to a new moniker, “Somewhere Over A Reef”!

When SOAR canoes were first introduced in 1993, people did not know quite what to make of these blue “sausages”. Un-traditional and unconventional by both hard-shell and inflatable standards, the SOAR inflatable canoe has gained a reputation as “the most versatile adventure crafts in the world”.